Sesocio connects investors with entrepreneurs/ventures that promise its investors double-digit returns. A marketplace that has US$12 million in circulation and will soon issue its own cryptocurrency.

I was in the gym and I ran back home because I had to write the idea, says Guido Quaranta about the creation of sesocio.com , the first Argentine investment gondola, where with minimal capital anyone can invest in "non-stock alternatives, without bureaucracy nor commissions and in the international plane ". 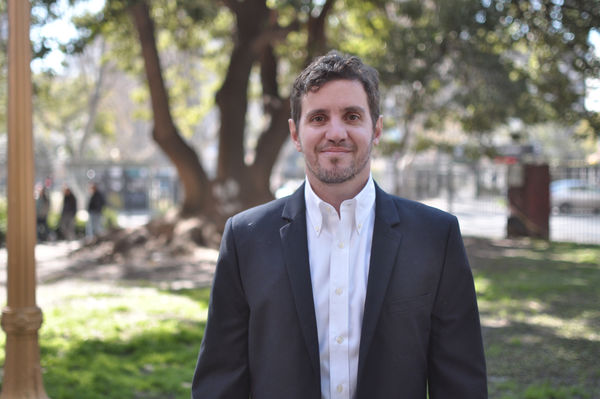 Guido Quaranta, cofounder of sesocio, the platform that connects investors with entrepreneurs.

"Some ideas similar to those I had had not only been carried out but were successful," says Guido about his epiphany. "And I thought that at least I would have liked to invest in those ventures in which I believed, with a part of my salary while I was employed." Trucks, houses in Detroit, vending machines, ATM, storage plots, cryptocurrencies, even concerts (an investment tied to the sale of seats that raised US $ 55,000 in 16 minutes and promised, with soldout, up to 60% in 5 months).

The projects are presented under a crowdfunding model and profitability is very attractive: the average in 2018 was almost 15% in dollars. "We collected the first US $ 150,000 for us, with a valuation of US $ 1.5 million," says Quaranta, 38, a BA in Administration from the UBA, with a decade working in banks and some years as a financial planning manager in Despegar. "With that money we had to live 18 months. There were two of us, Gaston Krasny and me. We hired an account executive on the phone and a designer. And we started. Within two weeks, we had already raised US $ 140,000 to anchor a truck and a house in Detroit. There we realized that the business was going. And people began to approach, to invest in other projects and in partnership as well. "

So far, they have carried 87 projects with 5,000 active investors, with around US $ 2,500 invested in 16 different projects on average. In total, in US $ 12 million circulate between the projects and the trading platform, where the tokenized projects are quoted.

The next step, "and what makes everything we did here go to the background", is Investoland , a decentralized investment network on blockchain smartcontracts. Its fuel is the cryptocurrency Invecoin, a utility token that already (pre) sells in sesocio and will have an ICO between May 26 and June 7. Thereafter, all transactions of partnership will be placed on that unmanageable network. And the value of tradeable assets will be the floor of Invecoin's market cap thanks to its "Continuous Liquidity Protocol" whereby the crypto is not only tied to the dollar and the real economy, but it also enables the infinite liquidity of the projects. Sesocio bets strongly for its growth. And it's on the right track.

* You can read the original article here: Note Forbes