Public Arena: The investment supermarket that disembarks in Mexico

The next step is Investoland, a decentralized investment network on blockchain smart contracts.

Sesocio connects investors with ventures that promise double-digit profitability in dollars. A marketplace that already circulates 12 million dollars and will soon emit its own cryptocurrency .

"I was in the gym and I ran back home because I had to write the idea," says Guido Quaranta about the creation of sesocio.com , the first Argentine investment gondola, where with any minimum capital can invest in "non-stock alternatives, without excessive bureaucracies, with minimum commissions and at the international level ".

Guido Quaranta is cofounder of sesocio , the platform that connects investors with entrepreneurs. 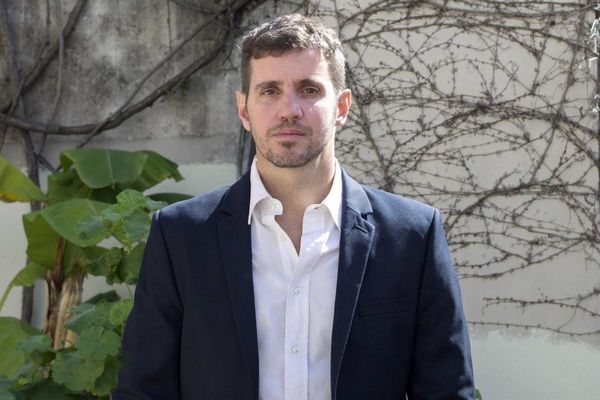 "Some ideas similar to those I had had not only been carried out but were successful," says Guido about his epiphany. "And I thought that at least I would have liked to invest in those ventures in which I believed, with a part of my salary while I was employed." Trucks, houses in Detroit, vending machines, ATM, storage plots, cryptocurrencies, even concerts (an investment tied to the sale of seats that raised 55 thousand dollars in 16 minutes and promised, with soldout, up to 60% in 5 months).

The projects are presented under a crowdfunding model and profitability is very attractive: the average in 2018 was almost 15% in dollars.

"We collected the first 150 thousand dollars for us, with a valuation of 1.5 million dollars," says Quaranta, 38, a BA in Administration from the UBA, with a decade working in banks and some years as a financial planning manager in Despegar .com "With that money we had to live 18 months. There were two of us, Gaston Krasny and me. We hired an account executive on the phone and a designer. And we started. Within two weeks, we had already collected 140 thousand dollars to anchor a truck and a house in Detroit. There we realized that the business was going. And people began to approach, to invest in other projects and in partnership as well. "

The last projects of the platform have the backing and reach of popular figures in Argentina: a shoe collection by Guillermina Valdez (closed in less than a day, its profitability increased according to the sale of pairs) and a franchise of gymnasiums of the boxer Sergio "Maravilla" Martinez that promises up to 54% in pesos.

So far they have carried 100 projects published with more than 5 thousand active investors , with around 2,500 invested in 16 different projects on average. In total, sesocio circulate 20 million, between projects and the trading platform where the tokenized listed projects.

"The real economy usually yields much more than financial speculation."

The next step, "and what makes everything we did here go to the background," is Investoland , a decentralized investment network on blockchain smart contracts. Its fuel is the cryptocurrency Invecoin , a utility token that already (pre) sells in SeSocio and will have its ICO between May 26 and June 7.

From then on, the currency will be issued and the process will begin so that all the transactions of the company are lodged on that unmanageable network. The floor value of the currency will be determined by the value of the tradeable assets in the network. A large part of the explanation is due to the "System of Continuous Liquidity Protocols" that will provide constant and infinite liquidity in all projects. With a limited amount of coins, and in a network of assets in constant expansion, it becomes an interesting project.

SeSocio bets strongly on its growth. And it is on the right track, now we are disembarking in the entire Latin American region, especially in Mexico and Colombia, where we will offer investors various forms of payment. The idea is to have investment projects in both countries to open more the range of possibilities of each investor.

* You can see the original article here: Public Arena Note