Invest in a startup without a large capital 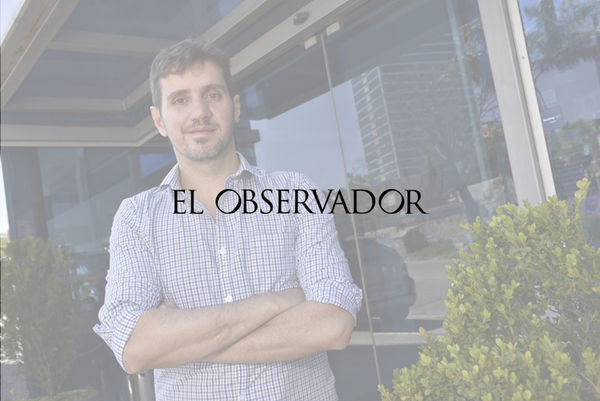 For the investor there are no costs; the money that decides to inject the chosen project goes entirely to him. The first contact with the investor and the clarity in the description of the business are fundamental. It is key that there is a person on the other side who can give peace of mind to those who are going to make an investment.

The Argentine Guido Quaranta wanted to offer the same possibilities that a great investor has to those who have small capitals and would like to participate in companies. That is how he founded SeSocio , which today is part of the sixth generation fintech of the Uruguayan incubator Sinergia .

The idea came three years ago when Quaranta realized that he had ideas that he could not develop; but that if another entrepreneur took them forward, he would like to invest in them. At that moment, he detected the lack of connection between entrepreneurs who do not have access to financing and people who want to invest without minimum amounts.

2 million dollars funded in 21 projects. The average amount of the first investment is US $ 400.

SeSocio.com is defined as an investment marketplace that allows this link to be generated: you can invest from US $ 1 or $ 1 (that is, the minimum unit of the currency in which the investment is made) with ease, 100% online and without bureaucracy, accessing in this way to finance sturtups, real state or loan portfolios. Quaranta believes that investments are democratized through the platform. In addition, it allows the investor to sell its assets at any time through the multi-currency trading platform.

For the investor there are no costs ; the money that decides to inject the chosen project goes entirely to him. The first contact with the investor and the clarity in the description of the business are fundamental. "The retail investor must understand how he is going to make money," Quaranta said.

SeSocio.com has a group of commercial advisors who evacuate doubts in such a way as to generate trust in the user. For Quaranta it is key that there is a person on the other side who can give peace of mind to those who are going to make an investment. "People need to know that on the other side someone is going to respond," he said.

Although he explained that people trust quickly - even before starting to receive the income from their investments - the advice provides peace of mind.

1,200 are the investors who have active investments. Up to now, 2,000 operations have been carried out.

On the other hand, an exhaustive selection of the projects to be presented is carried out and those with a high probability of success are prioritized.

Those who post their project on the site are charged a commission that ranges between 5% and 8.5%.

The structure was what took the longest. Quantana commented that they should be creative in setting up the organization so that the investor is protected and not linked to the fate of the entrepreneurs. That is how they chose the trust.

The investment made in the platform is governed by Argentine laws but this may change as they analyze migrating it to "a more reliable country for Latin Americans." Although in the first instance they thought of a country that was not from Latin America , they are considering Uruguay within the options. This decision will be taken by the entrepreneurs as soon as possible so that they can start working on its execution for next year.

1,000 dollars is the average investment per person, in one or several projects. Millennials are the ones who invest the most important amounts.

The fiscal benefits granted by Uruguay make it an attractive destination to establish. Another option is to install the headquarters of SeSocio.com in Uruguay, which is currently in the United States. That will depend on how the business in the country works.

Although there are still no offices in Uruguay, you can already invest in the projects posted through credit card, and also Paypal, bitcoins and international transfer.

A dose of extra confidence