An option to invest without being an expert 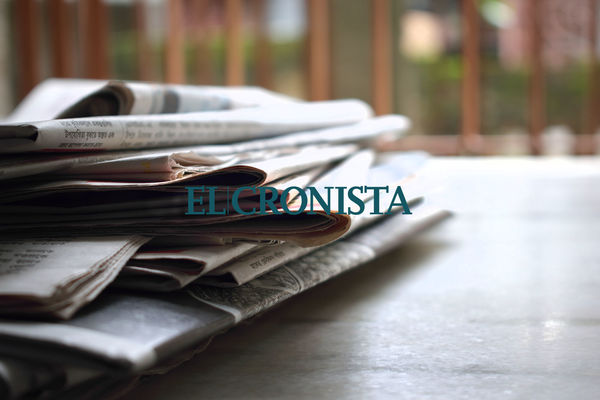 The marketplace allows the unsophisticated investor to participate in investment alternatives that, should they do otherwise, should undergo a cumbersome bureaucracy, in addition to having contacts that they do not usually have. And, to all this, you must add the high amounts that are required to start, while they do not require a minimum amount

With an initial investment of US $ 300 thousand, Guido Quaranta, a graduate in Business Administration from the UBA, and Gastón Krasny, a graduate in Computer Science, from the same university, left behind their positions as directors at the company Despegar .com and launched their own enterprise: SeSocio.com.

Where did the money come from? It was the result of the first project financed by the start-up that they were creating. And, precisely, it is an investment marketplace that allows non-sophisticated investors to participate in alternatives that, according to the entrepreneurs, so far, they were unattainable, for example, business abroad, or linked with Real Estate or start-ups . How? "Through crowdfunding and without a minimum amount," answers Quaranta, CEO of the company that has not yet reached one year of life.

As explained by the creators of the firm, the SeSocio.com model replicates a capital market, through a multi-currency trading platform, which allows any investor to sell the assets that he has acquired, at the time he considers appropriate. , adding liquidity to the diversification of its portfolio.

The idea of SeSocio.com came to Quaranta, when he was director at the company Despegar.com and shared it with Krasny, who also held a management position there. They came from different verticals, and therefore, each one had the proper to contribute. And it is that Quaranta had 10 years of experience in financial and commercial planning, experience in banks, and a Master's degree in Finance at the Universidad Torcuato Di Tella. Krasny - now CTO of the firm -, however, worked for a decade in the software industry, and led several work teams. Among other things, he was responsible for the architecture of the Business Intelligence and Analytics platform at Despegar.com and led the development of Icommarketing, a regionally recognized e-mail marketing tool.

For all this is that Quaranta says: "We have a very strong team in the online market, as well as great experience in banks, fully understanding the investment market." And so it was that both left their jobs in the company and made the leap: "As we had pushed the development of one of the most successful companies in the region, we are confident we can develop it," the founders say today.

The beginnings of the company date back to May of this year, which is why, when asked about their billing, they explain: "The most convenient thing is to see the annualization of the December projection", which, according to your calculations , will be around US $ 16 million. Where is the business for them? "We commissioned the amounts transacted through the platform," answers Quaranta.

Regarding the initial investment, for SeSocio.com to take shape, the founders say that 132 retail investors participated, although, they are responsible for clarifying, the most important amounts were contributed by the so-called "Investors Angeles".

When the two entrepreneurs are asked what they attribute to the good reception the company had, Krasny considers that it has to do with several factors, although he clarifies that "there is still a lot". And, among those factors, he mentions that it is a 100% online service . Added to this, the marketplace allows the unsophisticated investor to participate in investment alternatives that, if they did otherwise, should undergo a cumbersome bureaucracy, in addition to having contacts that do not usually have. And, to all this, you must add the high amounts that are required to start, while they do not require a minimum amount. Such is the case that, on average, the registered investments are around US $ 500.

Currently, the company created by the two excompañeros de trabajo has 10,000 registered users and, according to the firm, already exceeded the 2,500 investments credited in the 11 projects that were "successfully" financed, all of them completely online . In addition, according to the data they show, in September of this year, more than 600 investments were made.

According to the founders, the area in which they ventured has much ahead: "The potential of the industry in the region is US $ 20 billion", but, currently, "it is completely underexploited".

When entrepreneurs have to say what was their greatest achievement since they gave form to SeSocio.com, both respond: "Demonstrate to our own investors that the business is profitable." And the facts would seem to corroborate it. For example, the company was chosen by NXTP Labs in its FinTech Argentina 2016 Program.

In addition, the project was selected by the government of Chile, through Corfo (Production Development Corporation), to participate in its Start-Up Chile program. Sinergia Uruguay is also supporting SeSocio.com, and this is joined by public entities such as the Ministry of Science and Technology, through Fonsoft, and the Government of the City of Buenos Aires, with Incuba. In any case, the goal of the entrepreneurs is to continue strengthening the brand.