Invest in IOTA the first distributed accounting book built to boost the future of IOT (Internet of Things). 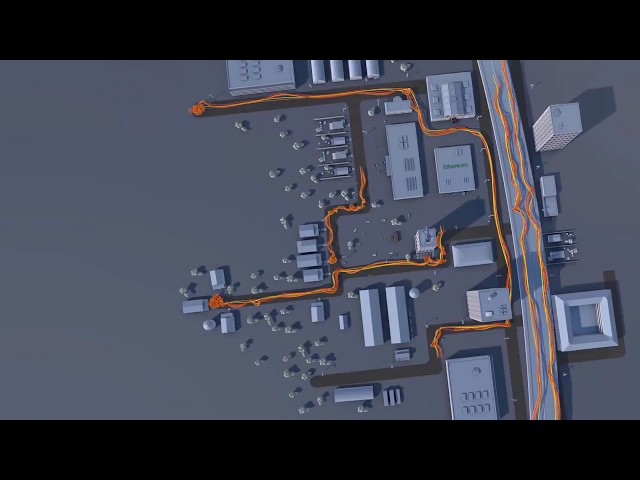 Now through SeSocio.com you can invest in IOTA, 100% online and with no minimum amount.

Created in 2015, IOTA is a cryptocurrency which objective is to allow the exchange of information and value between machines through "internet of things". Basically, it will allow to communicate and exchange money to different electronic equipment, for example a car paying the highway for each meter or an air conditioning paying their electricity consumption to the generating company.

IOTA is often called the backbone of the Internet, since this is probably the cryptocurrency that holds the entire monetary skeleton of the digital trading system, in other words, the cryptocurrency has a wide variety of uses, for these reasons it is usually heavily traded at present, although the main reason why many people acquire it, is to invest, because it gradually increases its value, like most cryptocurrencies today.

IOTA is positioning itself as the only provider of the internet payment system for things, a position that solidifies even more with the passage of time.

What most stands out to this currency is its revolutionary information system, the cryptocurrencies usually save their information in a block system, instead IOTA has a system called "tangle" where all the users are connected and that gives the possibility to the system to process infinite simultaneous transactions.

Unlike other cryptocurrencies, the IOTA foundation, in charge of developing the currency, has partnered with leading companies such as Volkswagen, Microsoft and Samsung.

IBM estimates that by 2020 the articles that use "internet of things" will be more than 36 billion, of which 24 billion will be everyday artifacts (washing machines, locks, stoves, etc.)

SeSocio.com incorporates this investment alternative so you can have all your cryptocurrencies in one single platform, with the peace of mind of operating through our site.

The IOTA in which you invest will be housed in one of the main suppliers worldwide, which reduces your risk to the minimum by providing the greatest security to your values.

The growth space is very high. Do not stay out of this opportunity to be part of the technological revolution.

What is a cryptocurrency?

A cryptocurrency is a mean of exchanging values through the internet.

It's characterized by being decentralized (it can not be censored because there's not a central server that control it), it does not have owners and their bases are insured by cryptography. This means that in order to access funds, a key to decrypt is needed.

How cryptocurrencies price is determined?

In the same way as the rest of physical currencies (dollars, pesos, etc.), cryptocurrencies base their value on supply and demand.

There is no institution that responds to any inconvenience, nor is it necessary because all conditions are pre-established by the code.

Can it be censored by some government?

No, the structure of cryptocurrencies means that anyone can open a server in their home on any place in the world, this makes them resistant to censorship.

Why buy cryptocurrencies in SeSocio?

In SeSocio besides offering a competitive price we guarantee the best security standards in the market. We offer the security and simplicity of operating through our site. Investment options previously limited to experts and professionals are now available to all who want to invest.

We also have a team at your disposal to clarify your doubts.

What is the best cryptocurrency?

The different projects have all their characteristics. In SeSocio we expose the different cryptocurrencies in a simple and concrete way so that each investor can then choose the project that he considers convenient.

What is the minimum amount to invest in cryptocurrencies?

You can buy the amount of cryptocurrencies you want, without minimum amounts.

How do I sell my cryptocurrencies?

With the option of immediate sell, where SeSocio provides you the possibility of selling all you cryptocurrencies immediately.

Can I extract my cryptocurrencies?

Yes, through SeSocio you will be able to withdraw your cryptocurrencies directly to the wallet whenever you want.

Which are the risk factors?

The investor must carefully consider the risk factors mentioned in the following article , in addition to the rest of the information contained in the publication of the Collective Financing Project. Any investor that considers the possibility of acquiring participations in collective financing projects must make their own independent evaluation of the risks associated with the acquisition of such participations.

Is it safe to invest in cryptocurrencies?

Investing in cryptocurrencies carries risk as well as any investment.

What guarantees does SeSocio.com give me about this project and its return?

Any. SeSocio is a technological platform that connects entrepreneurs or entrepreneurs in search of capital with investors wanting to generate returns on their funds. SeSocio carries out an analysis of the projects to provide you with the best possible "products" for your investments. But the decision to invest in them and in which one is 100% yours, and requires that you analyze and take into account the risks of each alternative.

SeSocio.com does not administer, nor guarantee any of the projects of which you can be part, simply make them available to you and facilitate access to alternatives that otherwise would be inaccessible or require a lot of bureaucracy and high minimum amounts.

At the time of investing, keep in mind that you are doing it in: an entrepreneur, in a company, or in a cryptocurrency and not in sesocio.com - which is simply a channel - SeSocio can not assure the return of a venture as well as the evolution of the price of a cryptocurrency or its mining (these latter highly volatile projects). Past performance is not indicative of future returns, which may not be similar.