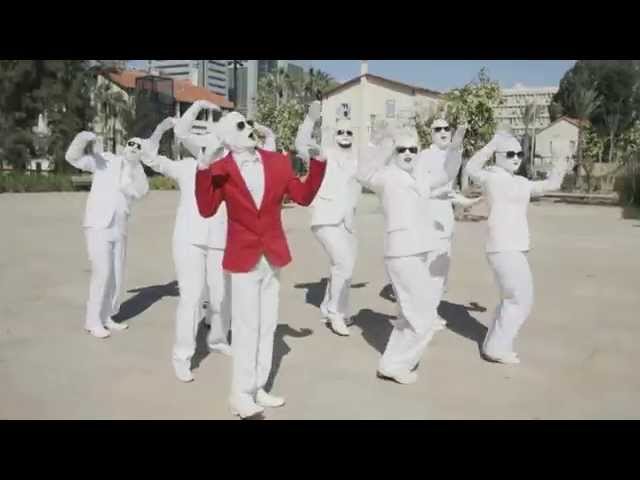 The shows will take place in May 2019 in Chile and Argentina, precisely in the cities of Talca, Valparaiso, Santiago and San Juan.

The two San Juan shows have already been sold at a fixed price of USD 37,000.

In addition, by investing through SeSocio.com, investors have the guarantee of 55,000. Dives Artistas & Eventos will deliver a check for USD 55,000. This check will be executed in case of not reaching the equilibrium point of the shows in Chile. 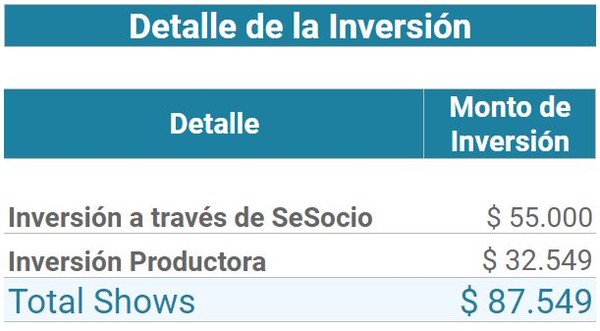 USD 55,000 will be invested for the production of 6 shows of the Voca People group in Chile and Argentina whose production will be in charge of DIVES Artistas & Eventos.

The payment of the utilities will be made within 30 days of the conclusion of the last show, thus giving a total investment period of 5 months.

When investing through SeSocio.com, there is a guarantee of collection of the invested capital (USD 55,000). The two shows to be held in San Juan have already been sold at a fixed amount of USD 37,000. In any case, the entire investment will be guaranteed, after signing the contract, with a check issued at the exchange rate of the contract signing date in Chilean pesos at the expense of the producer and signed by its CEO Diego Vega. This is why Dives gets the highest percentage of profit, since in addition to managing the business, it assumes the risk if not enough seats are sold.

Return on investment based on the seats sold

In the following graphs we show you the estimated return on the investment based on the number of seats sold, obtaining in the best scenario with the 4 shows sold out up to 68.62% in only 5 months, that is to say an annual equivalent rate of the 164.68%. 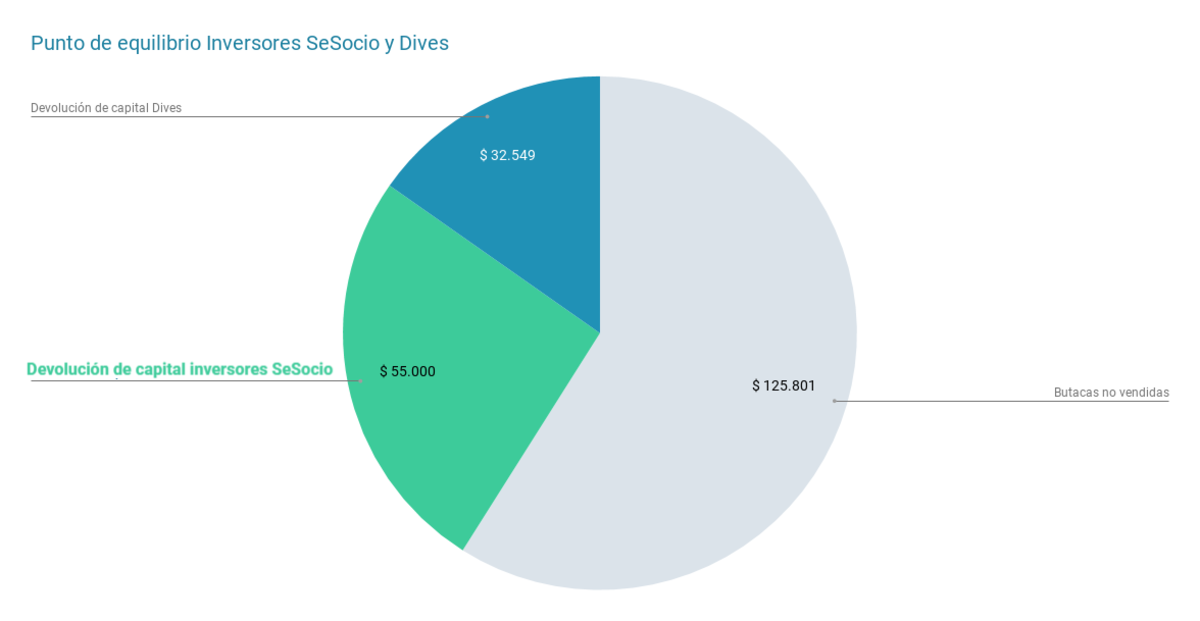 With the sale of 28.66% of the seats of the shows in Chile (excluding the San Juan shows) the TOTAL of the investment would be recovered (both the "investment through SeSocio" and the "investment of the producer") and from that point, 30% of the profits will be distributed to the investors of the project.

With the sale of 60% of the seats of the shows in Chile (excluding the San Juan shows), the profitability of the investor through SeSocio is 30.14 % in 5 months , that is to say an annual equivalent rate of 72, 3. 4%. Diego Vega, CEO of Dives - Artistas & Eventos, estimates this number of seats sold in relation to the experience and research that his company carried out

With seats sold out of shows in Chile (excluding San Juan), the profitability of the investor through SeSocio is 68.62 % in just 5 months , that is, an annual equivalent rate of 164.68%.

In the following table we show you the estimated return on the investment based on the seats sold. The balance point is calculated on USD 50,549 (USD 87,549 - USD 37,000) since there is a fixed income of USD 37,000 for the two shows sold to the Government of San Juan. 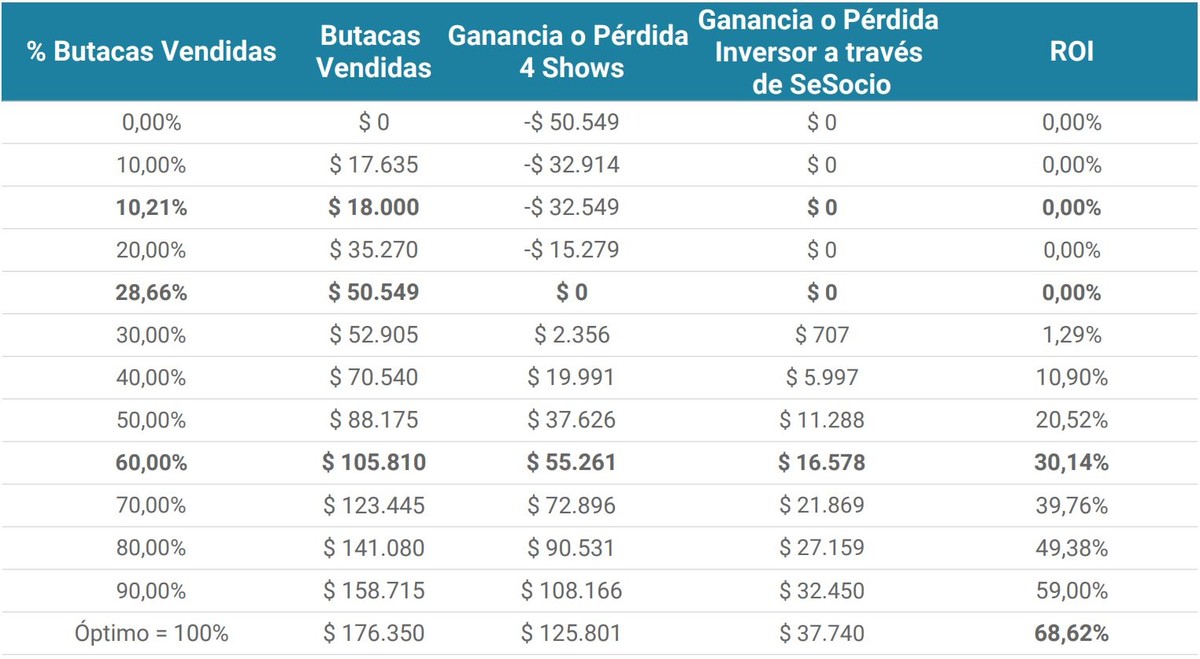 If the amount of USD 55,000 is not collected until February 28, 2019, the investment is considered confirmed only if the amount is greater than USD 36,666 with a 20% profit over the profits for the project investors.

In the following table you can see the cities and theaters, with the maximum capacity and the average ticket for each show. The two shows to be held in San Juan were sold to the government of San Juan at USD 37,000.

The Voca People is an Israeli musical and theatrical group of international importance, which combines a cappella song and beatboxing that, without the accompaniment of musical instruments, reproduces the sounds of an orchestra. 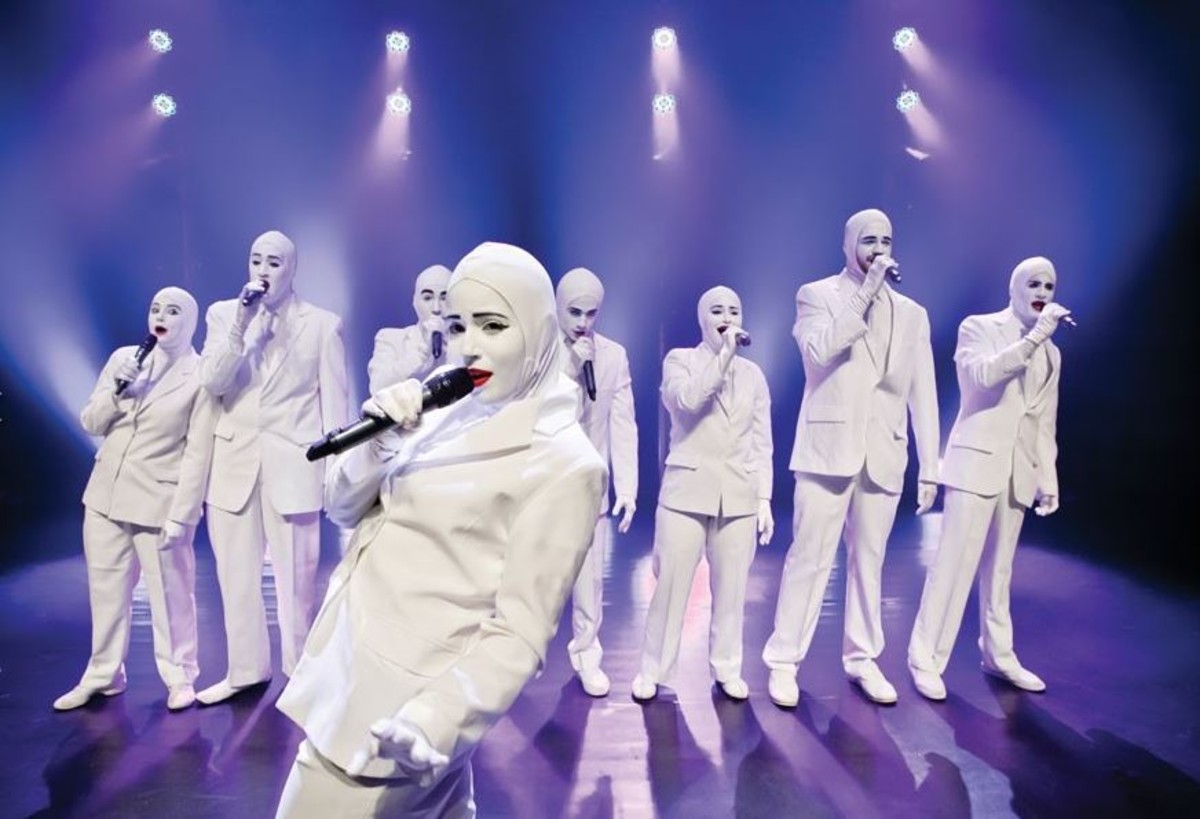 Their marketing campaign characterized them as original beings from the planet Voca, located somewhere behind the Sun, and where communication is based on musical and vocal expressions, which reached the planet Earth because its fuel -the musical energy- He finished them. His motto is: "Life is music and music is life." They are presented with a white suit, white shoes, white gloves and white hats, with white facial makeup and lips painted red or black. They do not speak, they only produce sounds. Interact with the audience by going down from the stage or by inviting some of the spectators to go up.

The idea of creating a group with these characteristics was by Lior Kalfo and Shai Fishman.

In Italy the group became famous through a television commercial for the Tic Tac candies and a series of television appearances; They also participated in a Danone commercial in Israel. His first appearance on a television show was on "Ale e Franz Show" on September 28, 2009. He later also appeared on the Domenica In and Factor X-4 shows .

They have been presented in Brazil, Mexico, Israel, Portugal, France, Canada, Belgium, Germany, Switzerland, Italy, the Netherlands, Spain (2011) and also in Costa Rica and Chile, in June and July 2013, respectively.

Their repertoire is varied, they interpret subjects like Tutti Frutti , of Little Richard; Billie Jean , by Michael Jackson; I Like to Move It , by Reel 2 Real; Ameno , of Era; Mr. Sandman , from The Chordettes; I Get Around , by The Beach Boys; Smells Like Teen Spirit , by Nirvana, and Cotton Eye Joe , by Rednex, among others. 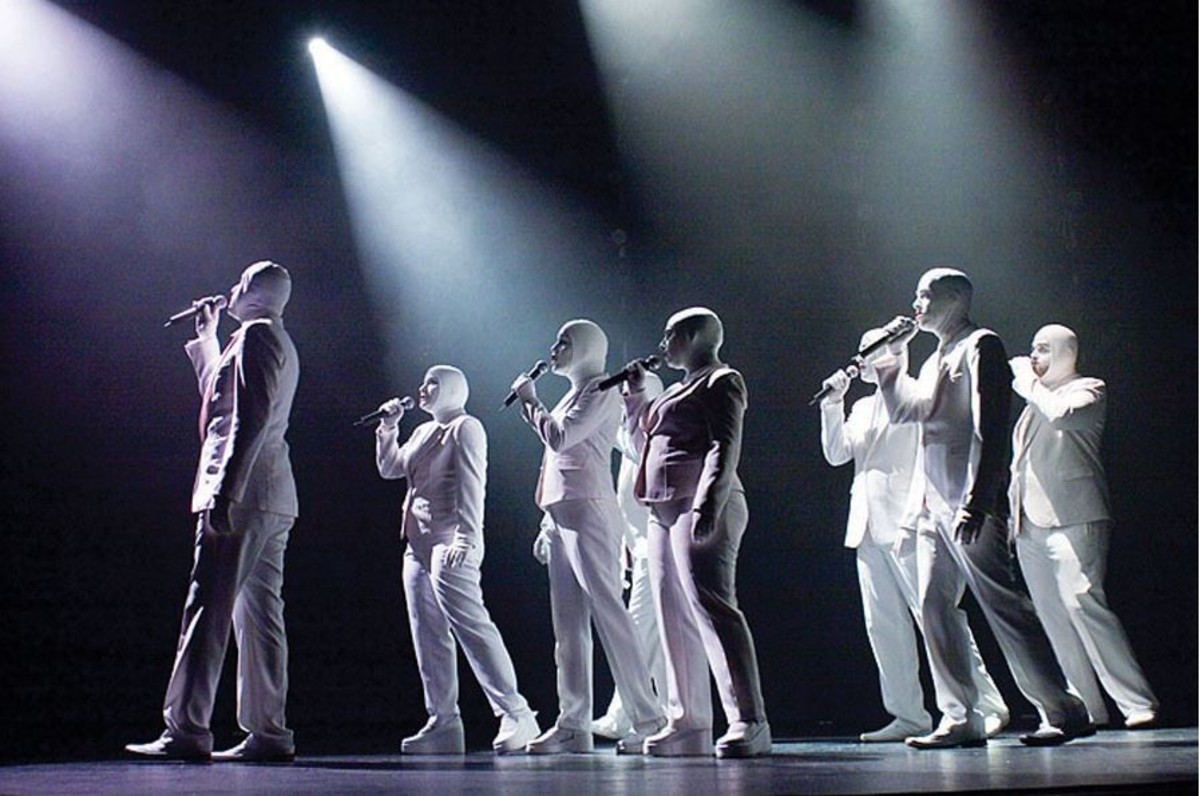 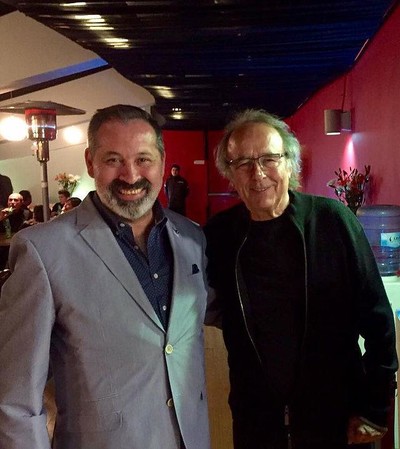 International Show Producer and Management Consultant, with more than 34 years in the circuit, he has made events of different cuts in the National and International scope.

He has developed events in different venues in Chile such as Casa de Piedra, Estadio Italiano for companies such as Coca Cola, for different embassies and for well-known brands such as CCU or Peugeot.

He has maintained activities in the artistic field in the Booking and Management area for more than 30 years.

In 2012 he took the representation of the artist Bobby Kimball (original vocalist of the band Toto) presenting him in different countries of Latin America and in Chile in all the casinos, Caupolicán Theater and in the Viña del Mar festival.

In February 2015 he was the representative and Manager of the Viña del Mar festival for the United States.

In 2016 he made presentations at the country level of "Flamenco Hoy" by Carlos Saura, "The National Ballet of Russia", "The King is Back Elvis Live" as well as the Tour of Latin America of several first level shows. 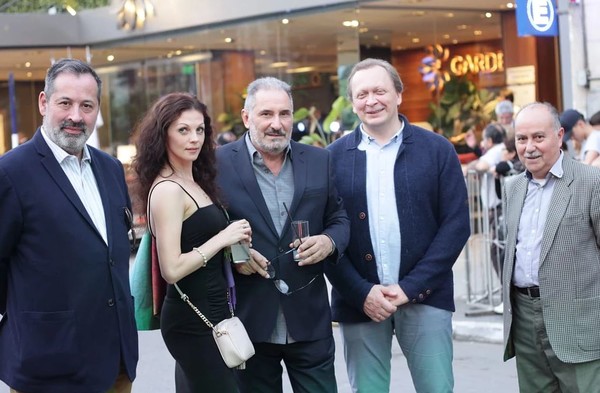 Diego Vega with the National Ballet of Ukraine 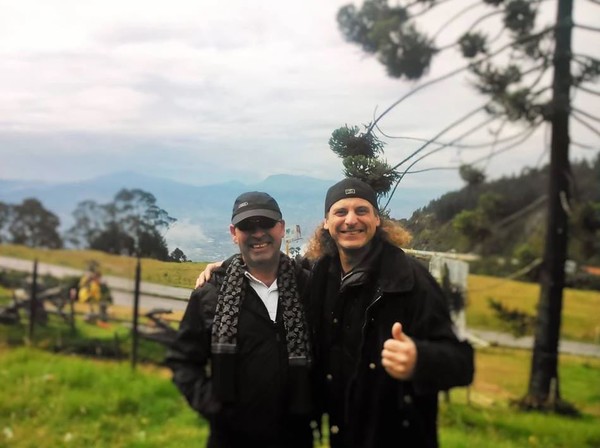 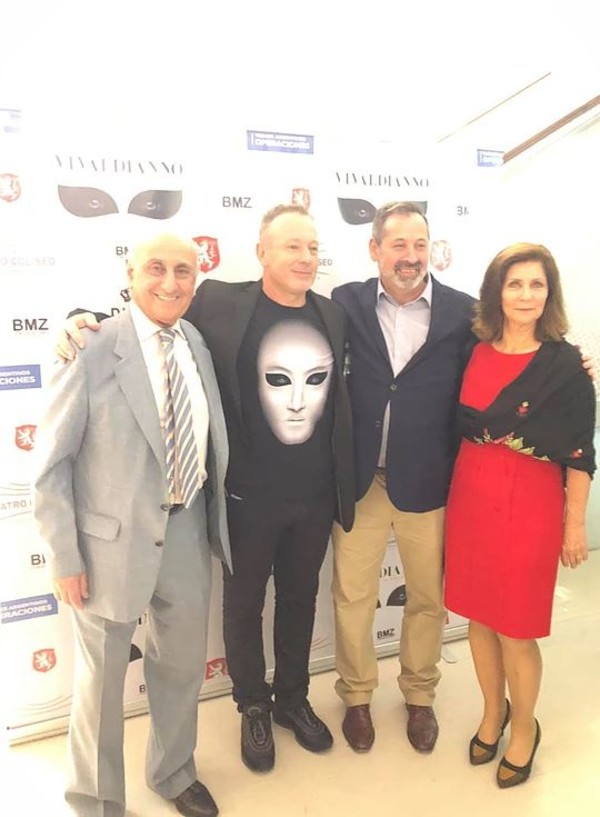 Diego Vega with the Vivaldiano group

Who are Voca People?

What is the profitability of the project?

The profitability of the project is variable depending on the seats sold that have the 4 shows in Chile. The 2 shows in San Juan have already been sold for the sum of USD 37,000. In the best scenario with sold out tickets, the profitability is up to 68.62% in only 5 months.

What is the equilibrium point?

Point of Balance of the Show: After 28.66% of the seats sold, the investor begins to earn profits corresponding to 30% of the profits left by the shows.

How long does it take to pay?

Once 100% of the project has been financed, the contracts are signed, the money is sent to the production company, Dives Artistas & Eventos, who start the launch of the event on the first days of March 2019. The presentations of the set will be during the months of May. The payment of profits to investors through SeSocio, within 30 days of the end of the last date. Thus giving an estimated 6 months.

How are the payments perceived?

A single payment is received in your SeSocio.com account with the profits received for the seats sold from the shows.

What happens if the project fails to raise USD 55,000 before expiration?

If the amount of USD 55,000 is not collected, the investment is considered confirmed only if the amount is greater than USD 36,666 with a 20% profit on the profits.

Is it possible to exit the project?

You can leave at any time, selling your participation through the trading platform. Keep in mind that you can do it even before achieving 100% funding by paying a variable commission according to the following table.

How much is the minimum amount to enter?

SeSocio allows you to be part of projects of this scope without minimum amounts.

By what means can I invest?

You can do it with a credit card, bank transfer and cryptocurrencies

What quote does my currency take?

In case you send your investment in the local currency, the quote will be taken at the moment of receiving the transfer. We also give you the option to transfer or directly deposit dollars.

How do I know that my money will be used in what I am investing?

Your money goes directly to a Trust, independent of the assets of SeSocio, which is administered by BLC Trust SA (Financial Fiduciary No. 63, registered with the CNV) who ensures that all investments are made according to the instructions given by each investor. Additionally, both the trustees and the external auditors also ensure that your contributions have the destiny chosen by you.

Which are the risk factors?

The investor must carefully consider the risk factors mentioned in the following article , in addition to the rest of the information contained in the publication of the Collective Financing Project. Any investor that considers the possibility of acquiring participations in collective financing projects must make their own independent evaluation of the risks associated with the acquisition of such participations.

What are the risks of investing the 6 shows of Voca People?